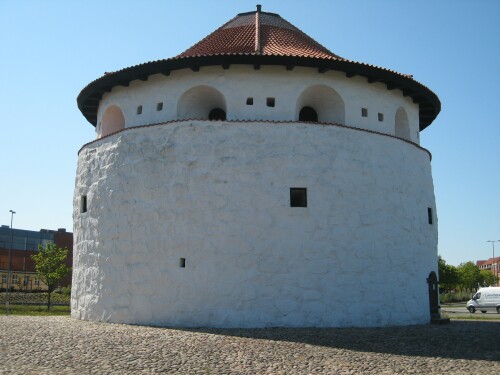 Krudttårnet (Gunpowder Tower) was built in Frederikshavn Harbour (Frederikshavn Havn) in Northern Jutland between 1686-90 as part of a larger fortress. In 1974 the Danish government took on the massive expense of transporting the tower 270 meters in one piece to its current location in the harbour. The move took 13 months. Today the tower is a military history museum.