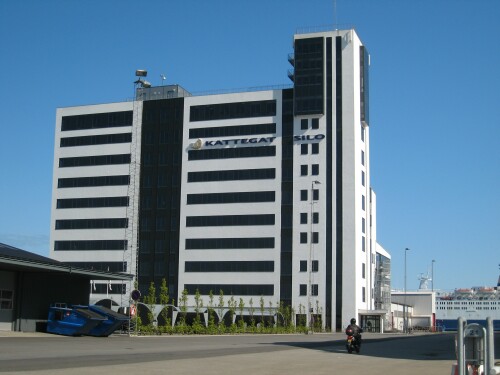 Kattegat Silo is a building in Frederikshavn Harbour which is named after the body of water between Northern Jutland and Sweden. The Kattegat Silo was built in the 1960`s and it was used to store grain and corn. The building has since been converted to office space.