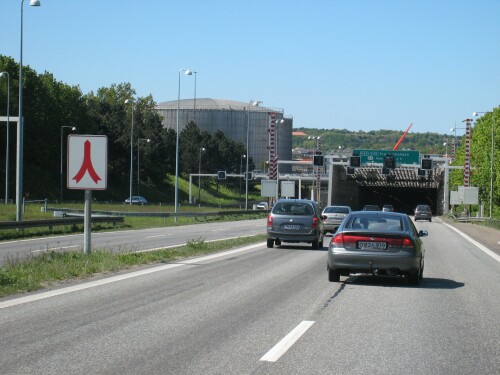 Limfjord Tunnel in Aalborg is a tunnel under the Limfjord waterway. It was the first road tunnel in Denmark, and it is one of only 2 methods to get to Vendsyssel by car. There is also a bridge in central Aalborg. The Tunnel has been been plagued by problems since its opening in 1969.