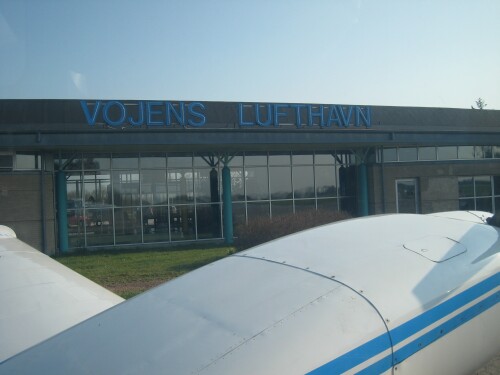 Just outside of the town of Vojens, Denmark is the Vojens Airport which shares the location with the Danish Military. 'Fighter Wing Skrydstrup' (Flyvestation Skrydstrup) is the name of the military section of the airport. The Danish Airforce trains their pilots from this airport. The civilian part of the airport 'Vojens Airport' is mainly used by private planes. The airport was built in 1943 by the German Airforce as a flight training school.